Fund Manager Debate - How can investment in small and mid-cap companies be improved? 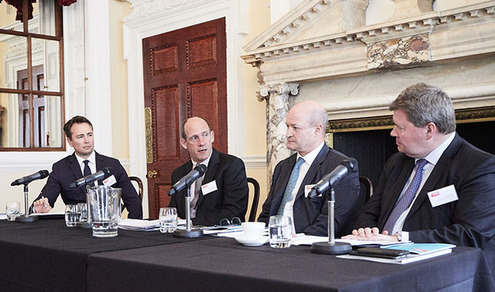 Both Gervais and Andrew noted that they met a large number of companies each month and agreed that this was an integral part of getting to know a company better and understanding what its unique selling points are.

Andrew outlined his four key metrics which he measured a company by when considering whether to invest:

Gervais and James agreed that good management was a crucial factor in deciding whether or not to invest in a company. Gervais noted that good managers should understand their business in detail. For example, they should be able to gauge their company’s service levels, with clear methods for measuring and quantifying performance.

James noted that management must be capable of articulating what their business does in plain English to retail investors. Being unable to tell their company’s "story" will make attracting investment a much more difficult task. He added that a company management team with a track record in the relevant sector would often be seen favourably by investors.

More broadly, James noted the importance in the chief executive and the chair sharing a common objective. Furthermore, he remarked that investors value a visible and approachable finance director, especially if they are also a board member. The panel agreed that it was vital for companies to have a strong chief executive and finance director independent from the chair.

Gervais noted that investors would value more dialogue with non-executive directors; this would ensure that they are aware of investor interests.

The panel also discussed the importance of company liquidity. There was consensus that this was less important for investors seeking to hold stock for the long-term, but more important for those with a shorter investment time horizon.

The panel agreed that investment research was a useful resource – particularly if it was short, concise and relevant. Noting that smaller quoted companies are often not well covered by research analysts, Gervais commented that even short research pieces are useful because they give investors an indication as to the company’s future strategic direction. He added that research also gives companies the best opportunity to attract the widest range of investors, which benefits companies in the long-term.

There were a number of questions from the audience regarding remuneration of non-executive directors. There was broad agreement that non-executive directors should be able to be granted share options or for their fees to be paid in the form of shares, as long as this was aligned with other shareholder interests and did not breach any corporate governance codes, such as the QCA Code.

In closing, the panel agreed that the worst outcome at the UK general election would be a hung parliament, suggesting that this would risk bringing uncertainty and an unstable government, as well as inflation and currency pressures.

New Hardman & Co analysis on how transparency in forecasts has disappeared