Directors' know how: what you should know about the upcoming changes
23 May 2016 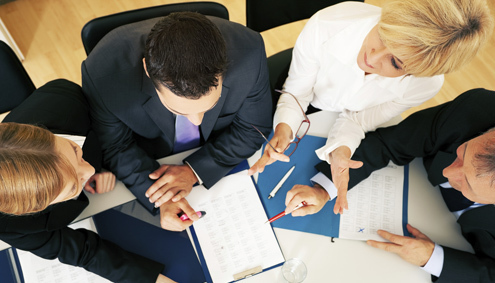 Directors' know how is a monthly article, which highlights key rule changes, proposed changes and market updates so that you know what is coming down the track.

Pre-emption gives existing shareholders in a company the right to subscribe for their pro rata share of any new shares in that company issued for cash. They may be disapplied only by a special resolution of shareholders at a general meeting of the company. The Pre-Emption Group’s 2015 Statement of Principles provided guidance to companies and shareholders on the factors to take account when considering whether to disapply pre-emption rights.

The monitoring report finds that, in general, the 2015 Statement of Principles has generally been adhered to and reinforces the importance of open dialogue and engagement between companies and investors.

When an additional five per cent disapplication authority is used, investors will expect companies to disclose the circumstances that have led to its use and detail the consultation process undertaken by the company. Companies are expected to be using the template for meetings held from 1 August 2016, although they are encouraged to use the template at their next meeting.

New research on the nomination committee

ICSA: The Governance Institute and EY have jointly published a new research report – “The nomination committee – coming out of the shadows”. The report reflects on a number of roundtable discussions with board chairmen, nomination committee chairmen and members, and company secretaries from over 40 listed companies.

Although it often has a lower profile and is less clearly defined than the audit and remuneration committees, the nomination committee plays a vital role in appointing a board and subsequently ensuring that the board is balanced both in terms of skills and knowledge.

The report identifies three main themes regarding how companies are improving how their nomination committees operate:

European Commission publishes summary of responses to its ‘Call for Evidence’

The European Commission has published a summary of contributions to the ‘Call for Evidence: EU Regulatory Framework for Financial Services’.

Many respondents emphasised how unnecessary regulatory constraints on financing, excessive compliance costs and complexity and overlaps, duplications and inconsistencies in EU legislation, particularly within the Markets in Financial Instruments Directive and Regulation, would curtail the development of small companies in the EU.

Among the highlights was the concern raised by many respondents that the market abuse regime in the Market Abuse Regulation places a high burden on SME growth market issuers, reducing economic activity in these markets, as well as the scope for financing for SMEs.

We have also raised this concern in our response to the call for evidence. We stressed the importance of issuers on SME Growth Markets having sufficient flexibility to develop their own appropriate systems and procedures that allow them to save costs and reduce administrative burdens.

In our response, we noted that although the Market Abuse Regulation exempts issuers on SME Growth Markets from producing an insider list, SME Growth Markets will not come into effect until the application of MiFID II on 3 January 2018. This means that companies on existing growth markets across various EU Member States, including AIM and ISDX, will be required to maintain burdensome full insider lists until MiFID II comes into force and these markets become SME Growth Markets.

With uncertainty still surrounding some aspects of the Market Abuse Regulation, we continue to discuss these concerns with the European Commission, as well as with the FCA, HM Treasury, in addition to highlighting them in our recent response to the FCA consultation on its Policy proposals and Handbook changes related to the implementation of MAR. We will provide updates to our members with regards to our progress in due course.

The FRC has published its Plan & Budget and Levies 2016/17. Its priorities for the year ahead will cover:

In our response the Draft Plan & Budget and Levies 2016/17, we welcomed the priorities set by the FRC. In particular, we welcomed the FRC’s commitment to helping smaller listed and AIM companies with the quality of their reporting. We look forward to cooperating with the FRC on its Culture Project to identify and promote good practice while understanding the board’s influence on corporate culture.