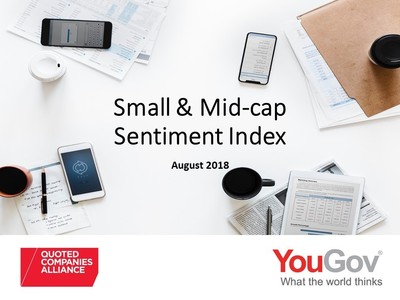 The latest wave of the QCA/YouGov Small & Mid-Cap Sentiment Index has been released following a survey of 111 small & mid-sized quoted companies and 42 advisory firms over June & July 2018.

Uncertainty around the Article 50 process and Brexit inevitably overshadows the results, but whilst optimism about the UK economy remains muted, many companies remain bullish about their own prospects and capacity for being able to ride out – or even take advantage of – disruption that may arise from Brexit.