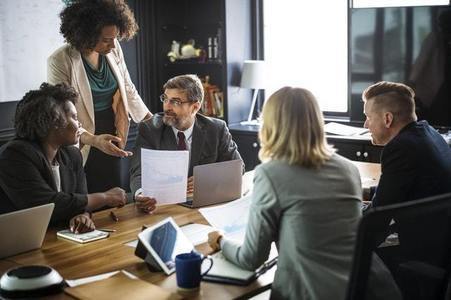 Directors' knowhow is a monthly article which highlights changes and updates of relevance to small and mid-sized quoted companies.

The QCA, in partnership with Peel Hunt and YouGov, published the findings of its Mid and Small-cap Investor Survey at the beginning of February. The survey brings together the views of 102 UK-based fund managers and 105 small and mid-sized quoted companies on their feelings towards MiFID II.

Overall, the survey indicates an increasing sense of pessimism towards MiFID II, since its implementation over a year ago. Both broking houses and the investor community are encountering periods of considerable change as a result of MiFID II. The majority of the investor community have seen a reduction in the availability of research providers, something of which they expect to see further reductions of in the future. As well as this, the report points to a feeling amongst fund managers that they expect the quantity of broking houses to be decreased, both in the immediate and long-term. In last year’s survey, around half of participants highlighted a decrease in the volume of research on mid and small-cap companies being provided; this year, nearly two thirds said the same. Something of which will have a consequential perceived impact on liquidity

Some of the key findings of the survey include:

You can read the full report here.

At the end of January 2019, the QCA’s Corporate Governance and Financial Reporting Expert Groups contributed to the response to the Financial Conduct Authority’s (FCA) consultation on Climate Change and Green Finance. See the response here.

Additionally, the QCA is currently seeking member input on the following consultations:

If you have any comments you wish to contribute on any of these consultations, please get in touch with Jack Marshall, Policy Adviser, jack.marshall@theqca.com.

The bill aims to provide the government with powers to implement and make changes to ‘in flight’ files of EU financial services legislation. ‘In flight’ refers to pieces of EU legislation that:

The powers would last for two years after the UK leaves the EU, in the event of a ‘no-deal’ scenario.

“The Commission has reacted positively to direct approaches by representative bodies, such as the Quoted Companies Alliance, or QCA, seeking proportionate application of MiFID II rules to smaller companies.”

More details of the bill can be found here.

The transcript of the House of Lords reading (including Lord Leigh of Hurley's reference to the QCA) can be found here.

European Commission consultation on update of guidelines on non-financial reporting

The draft guidelines propose climate-related disclosures for each of the five reporting areas in the Non-Financial Reporting Directive: (a) business model (b) policies and due diligence (c) outcome of policies (d) risks and risk management and (e) key performance indicators. The proposed disclosures are divided into two types:

More details can be found here.

Rachel Reeves MP has commented on correspondence from Grant Thornton, following their appearance in front of the BEIS Committee’s inquiry on the future of audit on 30 January 2019. The issues raised during the evidence session include an auditors responsibilities in detecting fraud, and the enforcement of sanctions and the levying of fines for when auditors fail.

"Auditors are often quick to explain away shortcomings in audits as the inevitable consequence of an ‘expectation gap’ where auditors are apparently unable to provide what investors or other stakeholders might expect to see in an audit. But the very least we should demand is that auditors have robust measures in place to pick up blatant cooking of the books. Grant Thornton’s latest correspondence adds to the impression given by their public evidence that they are too accepting from the outset that their audits won’t be capable of picking up fraud."

More details can be found here.

On 19 February 2019, the Market Abuse (Amendment) (EU Exit) Regulations 2019 were published. The regulations are due to come into effect on exit day, with the exceptions of regulations 1, 2, 3 and 6, which have already come into force.

The regulations intend to address inadequacies in retained EU law in relation to potential market abuse that could arise upon the UK’s withdrawal from the EU. The main pillars of the regulation will amend EU Market Abuse Regulation and the tertiary legislation made under it and the UK legislation which complements it, so as to ensure that Market Abuse Regulation continues to operate effectively when the UK leaves the EU.

The FRC consulted over 170 members of the investment community, company organisations and representative bodies to produce the proposed revisions to the 2012 UK Stewardship Code. The new Code aims to increase demand for more effective stewardship and investment decision-making, which will enhance the overall quality of engagement between investors and companies.

The proposed revisions cover the definition, structure, guidance, application and reporting of the Stewardship Code, amongst others. The new Code also aims to take on-board the recommendations from Sir John Kingman’s review of the FRC.

The FCA’s Primary Market Bulletin advises market makers and issuers of regulatory obligations that they will need to implement for the Short Selling Regulation (SSR) and Market Abuse Regulation (MAR) if  the UK leaves the EU on 29 March 2019 without an implementation period (a ‘no-deal’ scenario).

HM Treasury have drawn up Statutory Instruments for SSR and MAR that create new obligations as a result of changes to convert EU law into UK law, following the European Union (Withdrawal) Act 2018. The majority of the new obligations would apply immediately from exit day, should the UK leave the EU without a deal. However, there are certain obligations, such as for firms using the market maker exemption under the SSR, who may need to take action before exit day.

FRC and BEIS accounting and audit ‘no deal’ letters

The FRC and BEIS have jointly published letters for auditors and accountants to share information in case a ‘no-deal’ Brexit scenario materialises. The letters set out important information in relation to the future of audit, accounting and corporate reporting that companies will need to consider in light of the UK leaving the EU on 29 March 2019. The content of the letters are relevant only in the context of the UK leaving the EU without a deal, but provide useful information on recommended actions to ensure companies are prepared, and is particularly relevant for UK and EEA listed companies and AIM companies.

Chief Executive of the FCA speech on MiFID II

Andrew Bailey, Chief Executive of the FCA, gave a speech on 25 February 2019 at the European Independent Research Providers Association on the FCA’s thoughts surrounding MiFID II. During the speech, Bailey declared that the FCA maintains its support for the MiFID II reforms, stating that the overall impact of the rule changes have been positive.

Despite this, Bailey acknowledges that there have been some overarching challenges as a result of the implementation of MiFID II. Predominantly, these are concerned with MiFID II’s scope and pricing, but also other unintended consequences, such as the impact on the research coverage of smaller companies and the liquidity of their shares on secondary markets.

The speech can be found here.

QCA in the news

Selected media coverage of the QCA this month has included: