Popular delusions and the potential of crowds 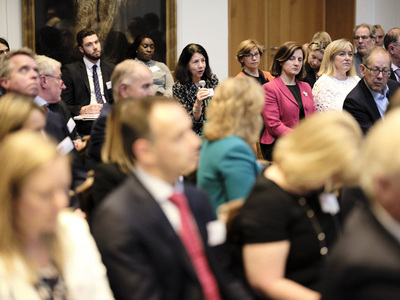 How does a crowd get lost? In the world where the Quoted Companies Alliance operates, 93% of the companies on the stock market, the small and mid-sized ones, go unseen and unrecognised by policymakers and regulators.

It’s difficult to see how this can happen but it’s as if they don’t want them to exist as it’s too much trouble to give them any attention. And perhaps it’s convenient to ask everyone to respect rules in the same way, as to do otherwise causes too much work for the rulemakers and investors.

We held our QCA Annual Forum this week, bringing the small and mid-cap community together to listen to, and ask questions of, experts covering the subject of building better boards.

One debate that stood out for me was the difference in characteristics between what makes a good non-executive director (a “NED”) in a FTSE 100 company and a good NED in a small or mid-sized quoted company.

A NED is a member of the board of a company but is not a member of the executive management team. The purpose of this is to for them to provide independent oversight of the company and to represent the interests of the shareholders.

In a large listed company, the executive versus non-executive split is very clear (and enshrined in the UK Corporate Governance Code that companies on the Main Market of London Stock Exchange have to follow).

However, it is clear from the debate at our Forum that the role of NEDs in smaller companies is more of a hybrid function. Whilst these NEDs are still independent and looking out for the shareholders’ interests, they will inevitably be bringing wider business experience into a small company that might be in the early stages of its development. This means that they might be required to get stuck into the running of the company at certain times and using their expertise and experience to help the company.

This all feeds into what we see as the big divide in corporate Britain, between the largest 100 or so companies and the crowd. The recent QCA research showing that small and mid-caps account for 93% of all companies on UK public equity markets, also demonstrates that they make up just 20% of market capitalisation. This means (obviously) that the largest 100 companies (out of around 1,250 in total) account for 80% of market capitalisation. In other words, they are huge and of vastly different natures - and at vastly different stages of development - from those smaller companies on the markets that make up the crowd.

The problem is that these smaller companies need to focus on growth, rather than the rules and regulations, and they are being stifled.  We need to ensure that public equity remains a valid channel of finance for the UK’s growth companies. The numbers of companies on UK stock markets has been steadily decreasing for decades, whilst the size of companies on these markets has been increasing. The result is that we are in danger of losing these markets as a channel for smaller companies to grow and instead becoming a place where only established, mature companies are. This is negative not only for those smaller companies but also for the UK as a whole, as we are crying out for good long-term options to invest peoples’ pensions. We need our government to promote an environment where our smaller companies can thrive and, right now, that is not happening. The crowd is in ever greater danger of being lost.

And in the crowd there are some real game-changing, value-creating companies that will become tomorrow’s giants. As PT Barnum once said, “every crowd has a silver lining.”